Shortest Story contest was announced in Azerbaijan as part of the program Patriotic Upbringing of Children and Youth. Literary portals started publishing the leading stories. Below are the most popular of them. 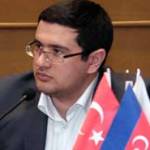 He was standing with a hunting rifle in his hand, lost in memories...

There was a snowstorm like this on that day 20 years ago, on February 26. He reached his courtyard. He did not believe his own eyes. Two Armenians were trying to shove his 8-year-old daughter into a vehicle. He understood that there was no way to save Javahir. He became thoughtful for a moment, then took aim at his daughter's head and pulled the trigger. When his daughter's lifeless body fell to the ground, his eyes met with the eyes of the Armenian who was dragging her. He recognized him. It was Hayko. He himself had left a scar on his face six months ago.

20 years later, he was again looking into Hayko's eyes. But this time his dead body was lying at Javahir's grave.

Trench will
By Akif Jabbarli 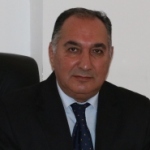 On an early spring morning, the warrant officer changing the patrol discovered that the young asker [Azerbaijani soldier] was not on his post. He saw an inscription on the damp trench wall, scratched with a bayonet, "I have gone to pick violets in the nearest ravine. Tomorrow is my fiancée's birthday. If I come back, I will send them by mail. If I do not come back, forgive me." The young asker did not come back.

An Armenian officer gave a fragrant bunch of violets to a drunk Armenian woman sitting on his knees. The flowers were taken out of the pocket of the Azerbaijani asker killed by a sniper bullet.

Meanwhile, in the young asker's village, an Azerbaijani girl was expecting a bunch of violets with the smell of trenches. 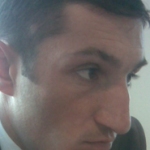 A 13-year-old boy, taken captive, looked up and seeing the enemy officer, shouted with a joyful smile, "Kirvaa!!!"

Ten years ago, he held that boy when he was being circumcised, and the boy's blood was dripping on him. He was more than once given a hospitable welcome at Vahab's home. He looked into the eyes of little Vahid, his conscience was hardened. He reached for his holster…he freed the boy of the impending tortures. Beads of sweat, running from his forehead, mixed with the boy's blood. 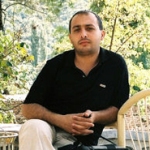 Beautiful Sima lived in the house of Togrul, her fiancé, after her house was destroyed by Armenian shell. It was the only place where she felt safe. Despite the difficulties, everyone admired their love.

But one day beautiful Sima, tired of war, fled with a man who brought apples to the village, by a vehicle, as humanitarian aid.

Sima's new love lasted four months. Then she returned to the village. Soon she gave birth to a baby boy and named him Togrul in memory of her former beloved. Since then, the villagers called her Apple.